To mark International Day of the Girl on Thursday, Plan International Canada urged Canadians to challenge the norms of gender inequality.

“We’re having more and more honest conversations on the topic of gender equality,” Sophie Grégoire Trudeau said at a Toronto event to mark the day. “But reality has to catch up.”

The event, which saw participants don pink T-shirts that said “Defy Normal,” was part of the United Nation’s Oct. 11 International Day of the Girl Child, which is meant to highlight the challenges girls face around the world and empower them to take charge and shape their future. This year’s theme was “With Her: A Skilled Girl Force.”

“As a young woman, I noticed right away there’s a lot of inequality at my school, in my workplace,” 20-year-old participant Maitland Shaheen told CTV News.

The theme is timely, with a recent BNN Bloomberg review of the top 100 companies on the TSX finding that they only had one female CEO.

“The culture that I grew up in, yes, reinforced stigmas and stereotypes,” Trudeau added in an interview with CTV News. “So yes, I’m part of a generation that’s trying to change that and I think that we are.”

The event also coincided with the release of a Canadian survey on gender equality that found that 76 per cent of girls aged 14 to 24 have experienced discrimination just because of their gender. Two thirds of respondents, or 67 per cent, reported having a friend who has been sexually harassed. Another troubling result found that only 16 per cent of girls polled said they feel completely safe in a public area.

“I do believe in gender equality,” young participant Elyssa Bush added. “I think that it’s definitely a possibility but we need everyone to join into the conversation.”

With a report from CTV Edmonton’s Bill Fortier

The Shadow Pandemic: Domestic violence in the wake of COVID-19

Day of the Girl. The Duchess of Sussex, Meghan Markle’s Inspirational video 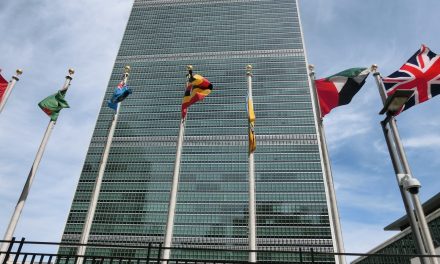